Ever since Yonkers became a home to its earliest citizens, it has always had some form of fire protection. From the days of the old bucket brigades of the local neighbors, to our present department, it has and continues to strive to represent the four words on our patch...Valor, Loyalty, Dedication and Integrity. 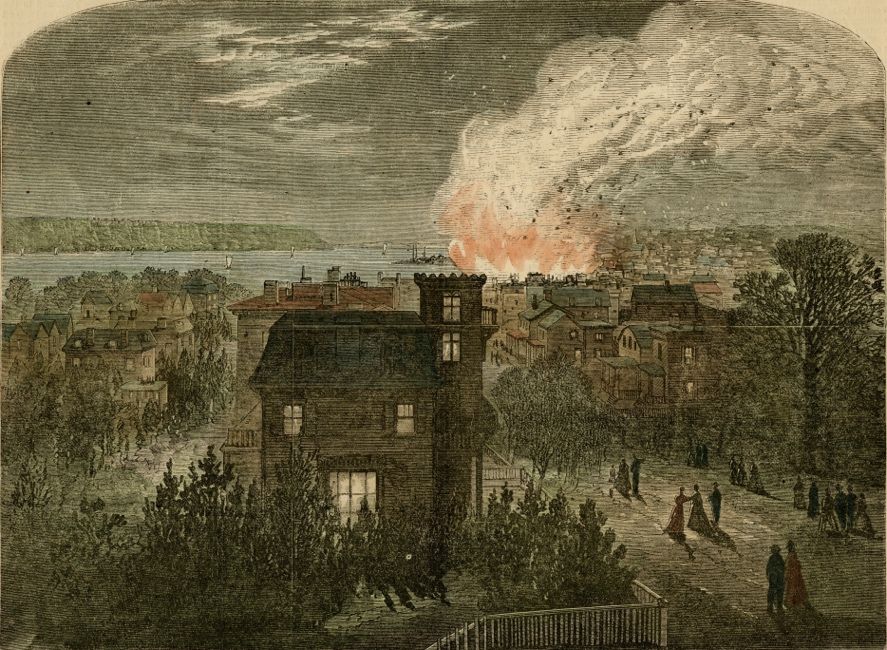 Founded in 1646, Yonkers’ earliest form of firefighting was no different than any other village of the time. A group of neighbors pitching in however they could by filling buckets with water and throwing it on an inflicting blaze. Years passed, communities grew, and the necessity for a more formal way of firefighting was required. It wasn’t until after the Mill Street Fire in 1852, that the first organized fire service was born in Yonkers by Robert Getty, with the formation of Protection Engine Co 1. Shortly after in 1853, the Engine company was joined by the first Ladder Company, Hope Hook and Ladder Co. 1.

The YFD would officially start to take shape...

Over the next few decades, the village would see a rise in industry as manufacturing plants began to dominate the workforce, also creating a rise in the population. The results would eventually change Yonkers from a once farming town into an influential city in 1872. The impact over these years would again demand a change in the efficiency of fire protection for the many thriving neighborhoods that made up the city. Residents from neighborhoods such as Nodine Hill, Sherwood Park, Armour Villa, Lowerre, Nepera Park and many others would begin to form their own private fire companies that would ensure a more direct level of protection for their own homes and properties. In 1855, the village authorities would allocate funds to purchase these private companies to create a more unified system.

Before 1896, 15 more individual companies would have been put into service. But as the city continued to grow, so would the needs of the fire service. 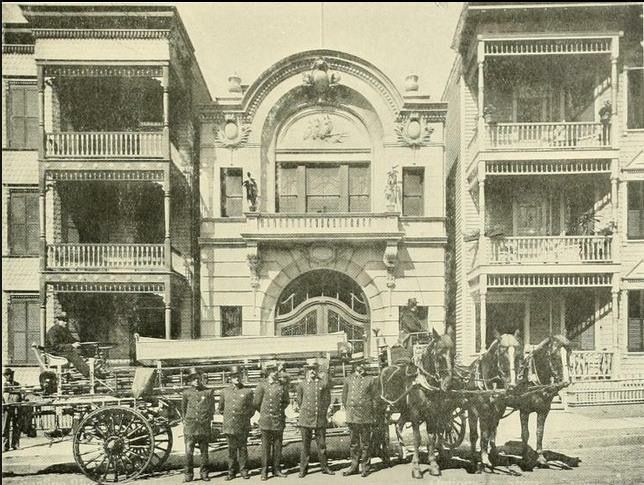 After the Dock Street fire of 1893, the city realized that it could no longer rely on the capacity of the volunteer services. In 1895, a board of fire commissioners was formed, and funds were appropriated, and in August of 1896, the professional Yonkers Fire Department was established. Three paid firefighters would be assigned to Lady Washington Hose company and three more to Hope Hook and Ladder, both located at the Palisade Avenue firehouse. It wasn’t long for them to be put to the test, having their first major fire just 5 days after being sworn in. 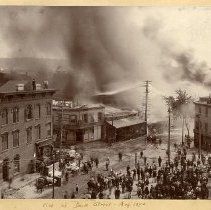 As technology advancements caught up to the YFD, the department found itself becoming more efficient than it ever was. In 1900, funds were used to change the old volunteer houses and unused police stables into professional firehouses, equipped for daily living and training. In 1909, the YFD began the testing of the newly invented automobile on the steep hills of Yonkers, that would gradually replace the traditional horse drawn wagons in 1910, until a total changeover in 1916. Pull boxes and telegraph systems would replace the practice of the ringing of bells and by 1913, over 150 pull boxes were placed strategically throughout the city. Firehouses continued to be constructed and staffed, and by 1907 every firehouse was even equipped with a telephone! 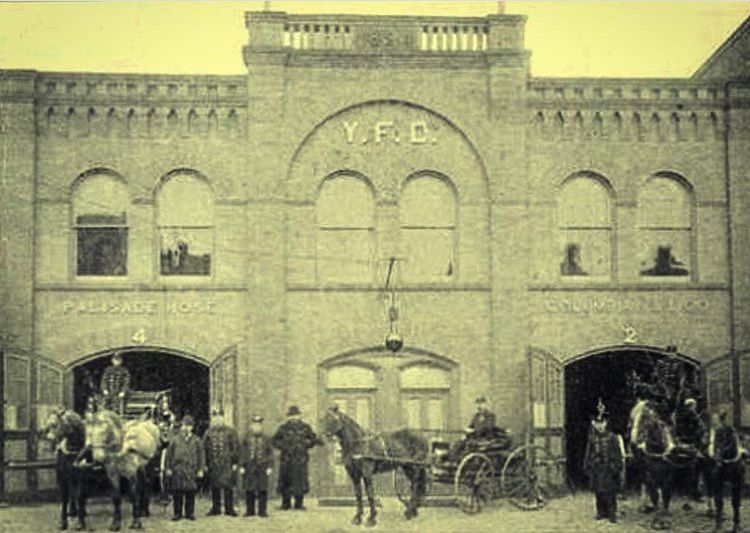 Years would pass, and even more advancements would come upon the YFD. Among them was the issuance of handheld two-way radios in 1974, which vastly improved communications at the scene of any incident. In November 1976, the YFD would adopt its own 10 code system for all radio transmissions. In 1990, all firefighters were issued full turnout gear, an upgrade from the days of the rubber coat. In 1991, firefighters also began offering EMS services as Certified First Responders and EMTs. And in 1992, enhanced 911 was put into place which automatically gave dispatchers the location of any caller asking for assistance.

Like most cities, fiscal crises have often affected the functionality of their services. In July 1980, all 850+ pull boxes were removed from service, and events such as firehouse closures and companies being disbanded have negatively and greatly impacted the department. But despite all losses, the members have adapted to any challenge, and continued to answer the call. 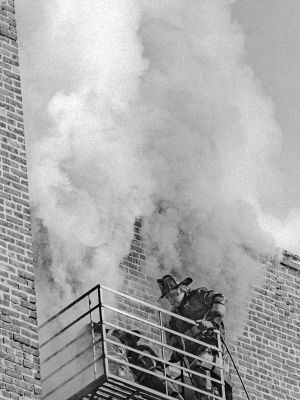 Needless to say, the Yonkers Fire Department has grown immensely over the last 167 years of its existence, 125 of those years as a Career Department. Today, the YFD is composed of over 450 professional firefighters who continue to serve the city 24/7, answering over 18,000 calls per year. Although the gear and equipment has changed over the generations, the attitude and determination to serve our city with Valor, Loyalty, Dedication and Integrity, has not. 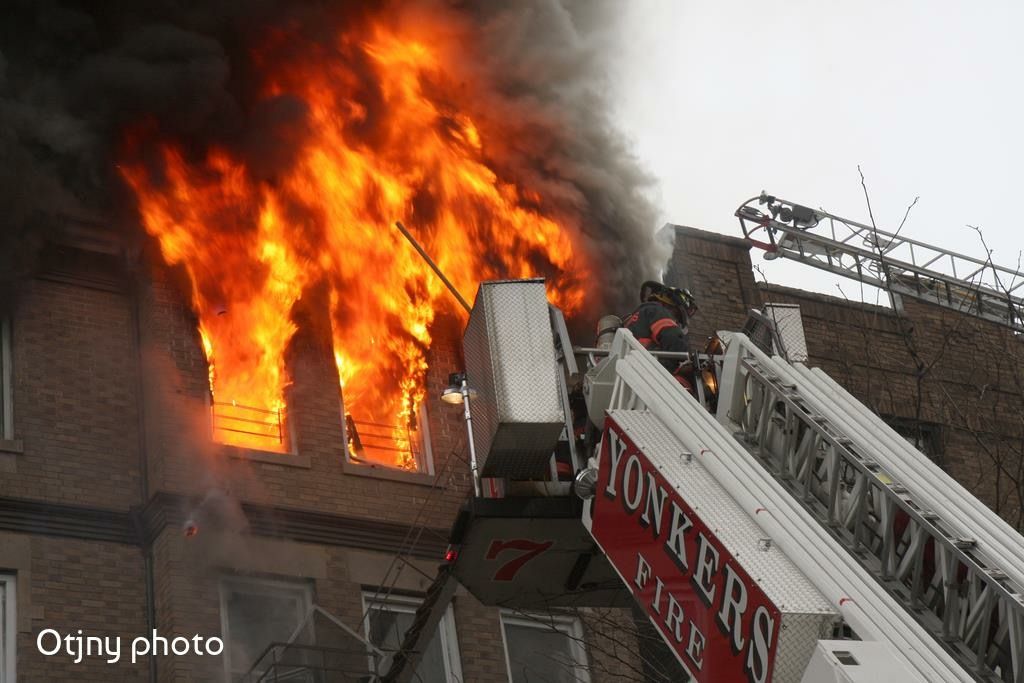